Our annual Christmas bazaar was a fantastic success and everyone had a lovely time. We had a very special visit from Santa, children were able to sit with him, have their photo taken and received a small gift. Thank you to all our families who donated raffle prizes and lucky jam jars. Congratulations to our raffle prize winners.

All children and staff members came to school dressed in their Christmas jumpers and enjoyed a lovely lunch whilst listening to Christmas music and being served by their teachers. A fabulously festive time was had by all.

Former Great Britain basketball player Pierre Henry-Fontaine came to visit our school educate and motivate the pupils into leading healthier lifestyles.  He showed the pupils some circuit challenges and the pupils enjoyed trying them out.

He then spoke to pupils about how he got into basketball and his journey to becoming professional, the food groups that make up a balanced diet and the importance of eating well and leading healthy lifestyles.  The children also had the chance to ask some of their own questions.

Get Witham Reading was another great success again this year.  The displays around the school and the costumes everyone dressed in were amazing.  There were lots of reading activities around the school and everyone enjoyed taking part. Priti Patel visited us in the morning and said she enjoyed her time here.  A big thank you to all the staff for organising the event and to our parents for their continued support in our event days.

On Thursday 4th April our Year 5 teachers organised an exciting sports afternoon for the whole school.  The afternoon began with the whole school in the hall for an energetic dance session.  This was followed with the children taking part in all sorts of sporting activities including rugby, tennis, netball, kick rounders, keep fit, American football, circuit training, basketball, pilates, table tennis and athletics.  It was a brilliant afternoon and all the children had great fun trying out the different sports.   Well done to our Year 5 teachers for organising such a greate event.

Powers Hall Academy joined schools across the UK on 1 February 2019 for a maths-inspired fundraising day to raise awareness for the NSPCC.  The NSPCC raises vital funds to help keep children safe.  Here at Powers Hall we took part in lots of different maths based activities set up around the school.  We also came to school in non-uniform with a number theme.  Across the UK 8445 Schools took part. with a total of 238,726 pupils that took part.  Our collection was added to all the money from the other schools and we have received an email from the Number Day Team to tell us that altogether schools have donated £1482.89 to NSPCC!  Well done and thank you to all who donated and took part in this exciting activity.

Another amazing performance of our Christingle Service.  It was great to see Year 3 performing their songs and taking part in the service.  Thank you to all the teachers and pupils who took part to make this such a magical experience.  Thank you to everyone who came along to support the children we hope you enjoyed the performance as much as we did. 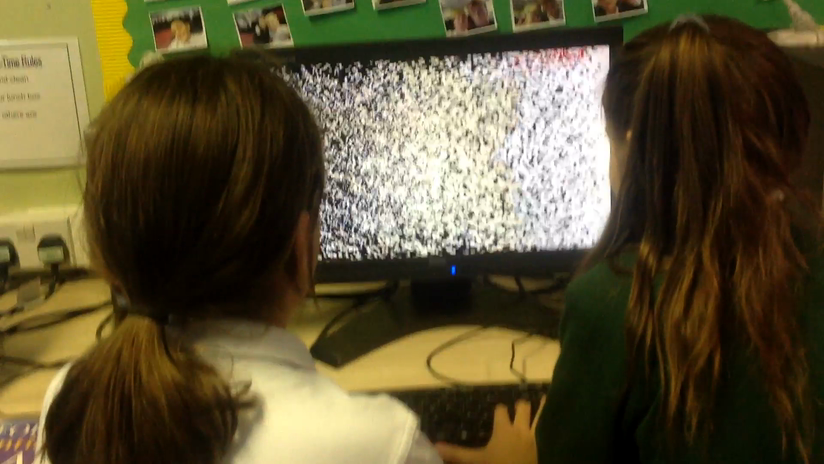 Presenting the Weather in French

Translating the Names of Zoo Animals

Painting in the Style of Rene Magritte

We have raised the following money for the Indonesian Tsunami appeal:

Thank you to everyone who contributed and children for your support and generous donations.

Year 3 children have made oat cookies as part of a healthy picnic which they had on Monday afternoon. On Wednesday they made a parachute prototype for the RAF using the criteria they had received from them. Mr Weavers then dropped them from the roof of Tower Hill as part of the testing process.  See some pictures from the activities below.

Year 4 have been constructing bug hotels.

Year 5 have been experimenting with designing devices to keep an egg safe when dropped from a large height.

Year 6 tried to make a cheese using milk and either lemon juice, white wine  vinegar or cider vinegar. The acid then cooked the protein in the milk to form curds which formed the base of our cheese. We then added salt, red pepper and spring onion to flavour a bit. We achieved different results depending on what we used.   The cider vinegar made the cheese more crumbly, lemon juice was a  more creamier cheese and the white wine vinegar had the best taste. See some pictures from the activities below.  They have also grown their own crystals, made slime using boric acid and conducted an experiment to find out whether objects move differently through different liquids.

We ended Spring term with a mad hair and PJ day.  It was great to see everyone taking part and having fun.  Everyone looked amazing.  We raised £284 on the day.  Thank you all for your support.

On Friday 2nd February, Powers Hall Academy joined thousands of schools in a mega maths-inspired fundraising day helping to raise money for the NSPCC. At the start of the day every class took part in an NSPCC quiz. Each class was timetabled to go into the hall where they could participate in large-scale maths problems such as Jenga, Sudoku, Tangram puzzles, Dominoes problem solving activities and large scale Connect4. There was maths-inspired outdoor learning activities, carrying out planting in the greenhouse or garden. Year 4 and Year 6 were involved in Nutrition making muffins, while Year 3 and Year 5 were timetabled for Times Tables Rockstars in the ICT suite. All years took part in a PE/Orienteering activity on the playground. We will inform you of the total raised for the NSPCC as soon as we know. Thank you to all who supported the Number Day.

On Wednesday lunchtime pupils at Powers Hall continued celebrations with a lovely Christmas dinner.  Children were also invited to come in to school wearing their Christmas jumpers.  The pupils enjoying pulling their crackers and eating their dinner whilst being entertained with live Christmas songs sung by our Site Manager.  Pupils also said they enjoyed the teachers serving them their Christmas dinner.

Priti Patel asked children from all the local infant and primary schools to design a Christmas card to be made into a special card that she could use.  A lot of pupils from our school contributed to the competition and we are pleased that one of our pupils was chosen as runner up.  Priti Patel gave an assembly where she awarded a special prize to the runner up.  Well done to all those who took part especially our runner up.  Priti Patel said she had a hard job to chose as all the designs were so good.

Well done to Year 3 for making the Christingle Service such a magical event.  It was lovely to see the children taking part and enjoying performing their songs and poems for us.  All the hard work that the teachers and pupils put in to create the service was rewarded by such an amazing performance. We hope everyone enjoyed the service as much as we did.   Thank you to all those who came along to support the children.

Thank you to everyone who came along and supported this year’s Christmas Bazaar.  In the hall we had a cake stall, books, nearly new items, soft toy tombola and jar raffle.  We also had a raffle for children and one for adults with lots of prizes.   The classes each were given a budget of £10 and had to decide on items to sell in order to make a profit.  Some of the ideas pupils chose were to sell a fruit chocolate fountain, marshmallow snowmen, hot chocolate, reindeer food and jelly and ice cream.  Well done to the pupils who stayed to help out and make as much money for their class as possible.  The profit made by each class was close but Kings Cross made the most with a fantastic £48.

We would like to thank the following local companies who donated kindly to our raffle:

Altogether we raised a remarkable £931.

Over the two days Art Solutions have worked with the whole school to teach them how to create exciting 3D collages.  The pupils have been taught some techniques, which will enable them to design and produce their own creations.  Over the two fun filled days, the staff of Art Solutions have met with all pupils and worked collaboratively to create their stunning displays.  On the first day pupils and adults were shown the basic techniques they would need to work on their projects.  On the second day pupils continued to complete their work ready to be collated into a wonderful colourful display in the school.  The children have enjoyed this experience immensely and have put an amazing amount of effort and hard work into learning the techniques and skills needed to create their artwork. The displays are linked to our houses: Titchmarsh, Patel and Strachan.

The Royal British Legion have notified us that a total of £251.69 was collected by PHA for this year’s poppy appeal.  Well done and thank you to all those who purchased poppies, bracelets or wristbands.

Here at Powers Hall the pupils had fun raising money for Children in Need.  In exchange for a donation of £1 pupils came to school in non-uniform with a spotty theme.  You can see how creative the pupils are by looking at some of the brilliant home-made designs on their t-shirts in the photos below.  There was also a cake sale held in the afternoon.  Altogether we raised £320.  Thank you to all for the generous donations.

Check out our wonderful pictures from yet another truly memorable day at Powers Hall Academy.  Many thanks to all involved in the day and well done to all those who contributed to make it such a huge success.

Thank you all so much for supporting our Christmas Bazaar.  We were so pleased to see so many of you join us for the event.  In the hall we had a cake stall, books, nearly new items, a soft toy tombola and our children's jar raffle along with the elves workshop.  We also had two raffles, one for children and one for adults with many donations from local companies (see below).  Around the rest of the school there were lots of other stalls run by the classes themselves.

The classes worked really hard organising their ‘Let’s Make Money’ activities, where each class were given a budget for their stall and had to source and buy the things they needed for the items that they were selling.  These included jelly and ice cream, iced biscuits, hot chocolate and many more.  Well done to Euston Square who raised an amazing £52.00!!

We would like to thank the following local companies for donating to our raffle:

Pupils and staff enjoyed their Christmas dinner.  It was very enjoyable and festive with entertainment from Mr Weavers.

Well done Year 3 for a fantastic Christingle Service.  It was a lovely end to the Autumn Term.  Thank you to everyone who joined us for the evening, we hope you enjoyed the service as much as we did.  Photographs are available to view in the entrance area of the school.